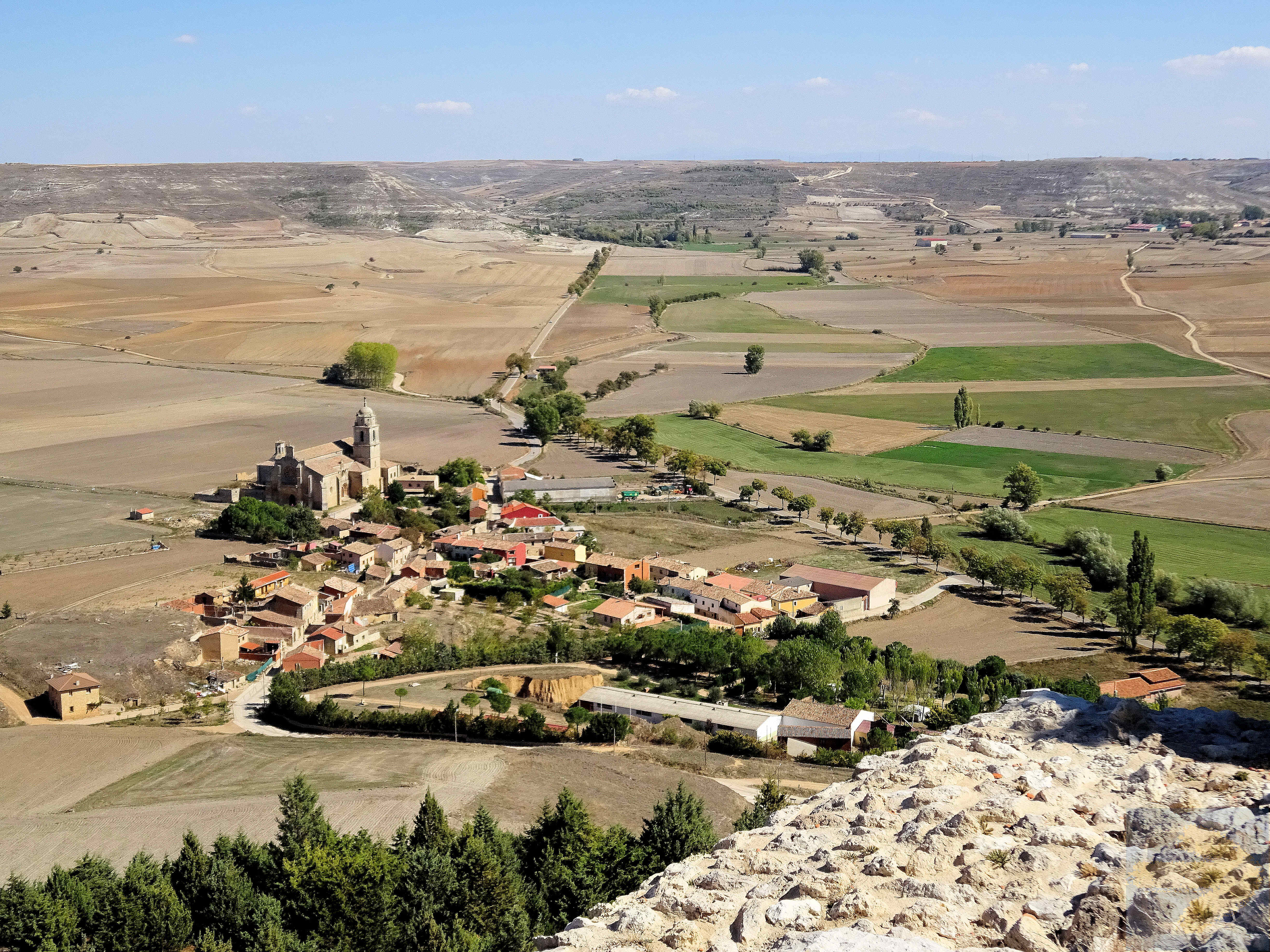 Day to
Castrojeriz
Days blog; http://throughourlookingglass.ca/in...-20-2-km-hornillos-del-camino-to-castrojeriz/
Did you take this picture from the castle in ruins at the top of the town? I walked by and wanted to hike up to the ruins so bad, specially after hearing a fascinating story tied to this castle. I fondly remembered Castrojeriz because as soon as I walked into town a kind local old man paired up with me and started asking me questions about my pilgrimage (I speak fluent Spanish). His morning routine consisted on walking his dog to his favored bakery on the other side of town while accompanying a pilgrim. So, he was waiting for me As we walked, I asked him if he knew the history of the castle. A ghost story unfolded as we paced ourselves to the dog's whim. It appears that a Queen had been murdered at that castle by her nephew and she still haunting it to this day. I was intrigued. Upon returning home and checking my notes, I knew I had to looked into the story of the murdered Queen in the Castrojeriz castle.

In the 14th Century, the engagement of Eleanor de Castilla to James of Aragon was arranged when she was 1 year old and he was 12. However, when she reached the age of 17 years old, and while both royal families were preparing the ostentatious wedding celebrations, he broke off the engagement wanting to become a monk and live as a Knight of Templar (I think we all know where this was going... ). The marriage was forced by his Father, but James never consummated it, forcing his Father to give in to his demands. The marriage was annulled. "Fortunately" for Eleanor, James second brother, Alfonso, became a widower (under suspicious circumstances...) and a king. All was in place and she just went ahead and married Alfonso. They had two sons, Juan and Ferdinando. However, upon his death the heir to the throne became Pedro, Alfonso's firstborn from his first marriage. Eleanor became bitter and obsessed with having one of her sons sitting at the throne. This just lead to conflicts and she was forced to stay away either in Castilla or the castle at Castrojeriz. Distance was never an issue for her ploys. She continued plotting against Pedro, who eventually ordered her murder, carried out by a "trusted" nephew. Her sons did not fared well either; Pedro went after them as well. Both were found, imprisoned and murdered. Ferdinando actually had the "honor" to had been killed by the King himself, his half-brother, Pedro. The old man swore that in many quiet nights you can still hear the Queen crying and roaming the ruins looking for her two son's lost souls

This, believe it or not, is a true story.

GAMES OF THRONES have NOTHING on Medieval Spain. You want to write the next medieval epic series; just walk the Camino and have a chat with the locals.
Wonderful! I walked up to the castle last summer. Too bad the historical markers don't include this account. Thanks for sharing!