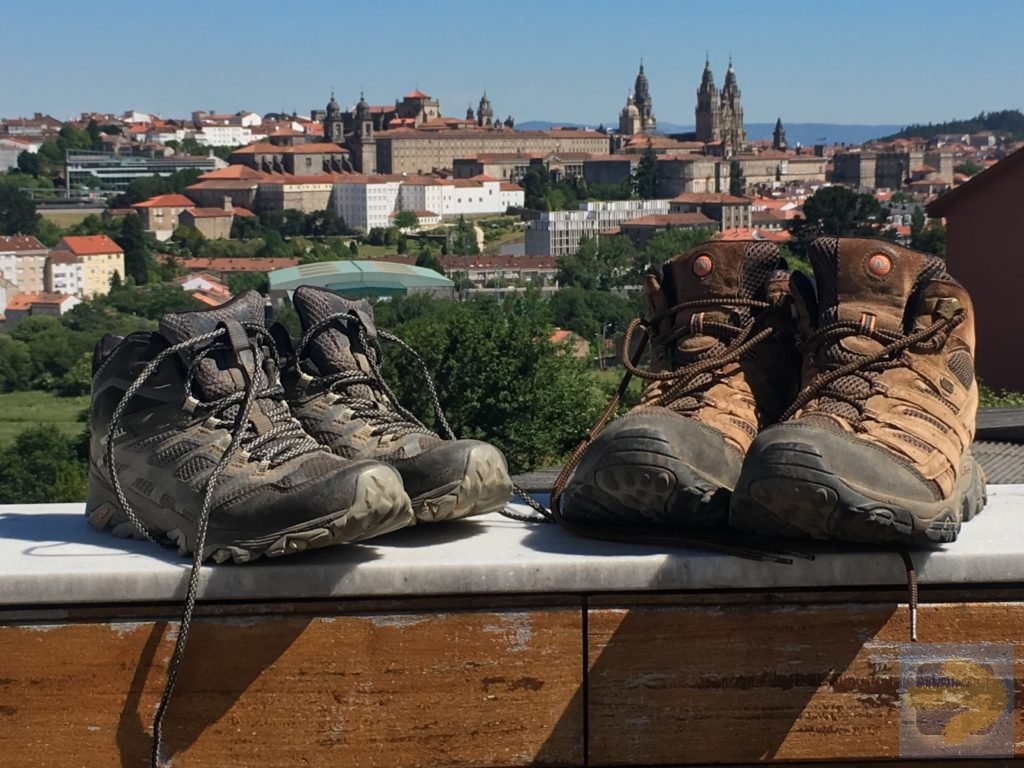 Arrival in Santiago after walking three Caminos - http://throughourlookingglass.ca/
Click to expand...
Reactions: CESAR Ribeiro, Jamminclark and John Hawke
Walked partial Camino's twice in Merrell boots. Great long distance walking shoes for sure, with the right inserts!
Even though these Merrill boots felt fine, I got blisters all the way, mostl between toes. I think they were caused by trapped moisture. My Salomon boots never caused blisters during seven weeks of walking the C.F. The only difference is that the Merrill boots were “DRY” whereas the Salomon boots were “GORTEX.”