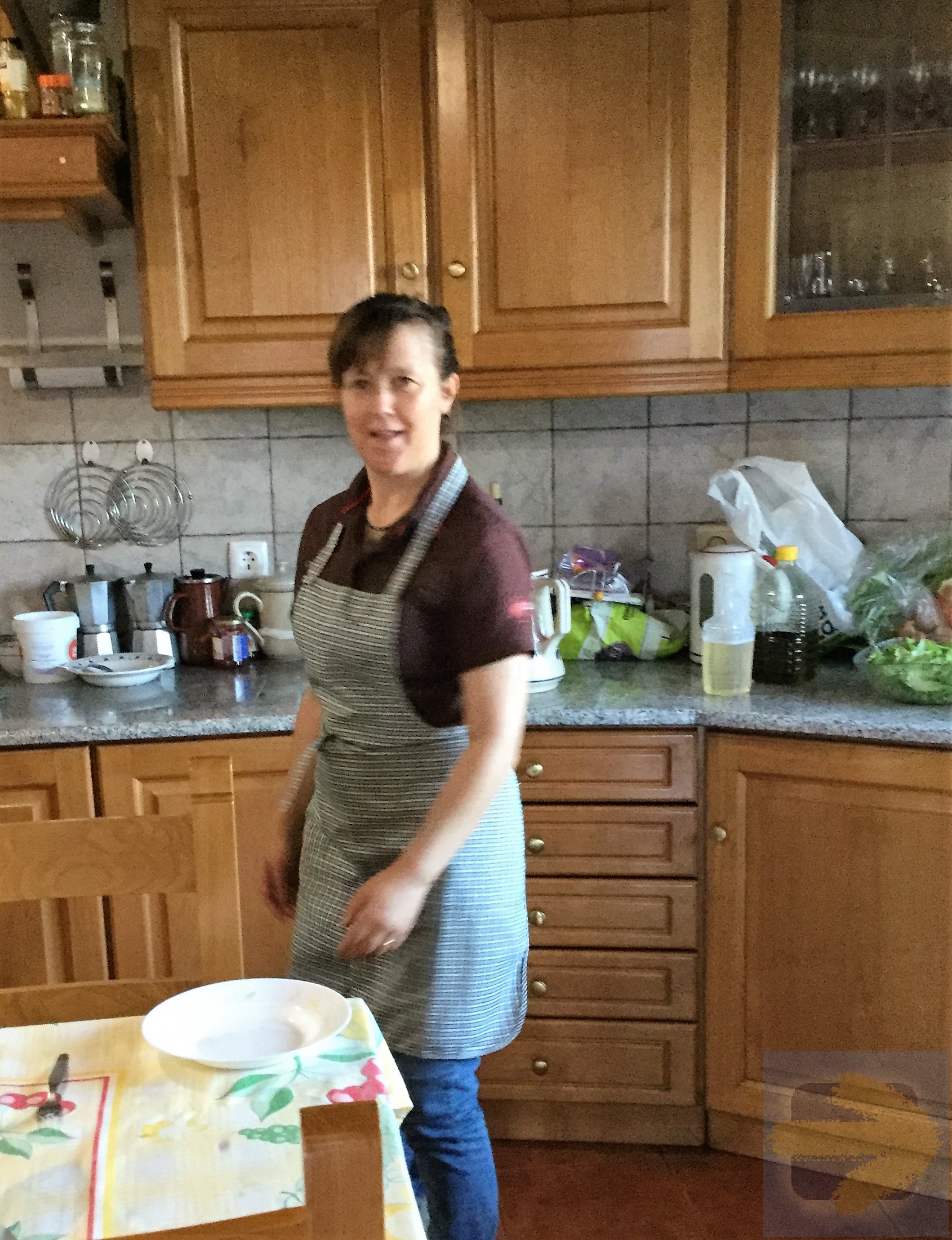 Reactions: amancio, yaying and Inglenook
A truly wonderful experience at this albergue.
So for those who have not had the pleasure - how about a little more information? You know : her name, name of albergue, location, camino!! Thanks
@Saint Mike II
This albergue is a private one on the Portuguese Camino Central. Its called Casa Fernanda in Lugar de Corgo and is on the camino visible to the left of the path just before the village.
The albergue survives on donativo. There is no set fee.
There is an outbuilding which serves as sleeping quarters for about 12 pilgrims. There are 3 or 4 places on a covered porch which serves as an overflow and a tent with a double bed inside set up as a married quarters but more like a fantasy suite perfect for couples.
When I stayed there in 2015 I was privided lunch and dinner, wine, water and snacks. There was an outdoor sing along at which the hostess and her husband along with one employee sang songs (fado) and performed dances of Portuguese origin. It was a delight compared to the rigidity of a few of the other albergues.
Breakfast was offered in the morning and I dont think anyone that stayed there wouldnt have stayed another night.
The is a gentleman on this forum named Albertinho who is personally familiar with Fernanda. Her hospitality is second to none.
I will be doing the Portuguese in June this year and have been lucky enough to secure 2 beds for myself and my daughter.
Ishould mention the albergue I stayed in the previous night in Pedra Furada. It was also a very positive experience and is a small cozy side bldg at a resto-cafe. The proprietor is Antonio and was very helpful and hospitable. The meal at the restaurant was outstanding. Although menu's are offered I chose a la carte and was really impressed.
I recommend reservations at both places.
Thanks - now I have to walk the Porto as well as finish the Via de la Plata - might have to take out Spanish citizenship!!??
@Saint Mike II
I have been thinking about that myself! Ultimately want to try Mozarabe from Granada. to VDLP to Santiago but I will have to earn a few more brownie points. 2018-19 at the earliest. And of course I must re-do the Norte and
Frances.
And then if my daughter likes the Portuguese who knows???
A fantastic woman and an incredible place she runs, she is so full of life and joy, wonderful!!!
Well as the saying goes - best laid plans of mice and men!! No Camino for this pilgrim in 2020. Hopefully 2021 will see an improvement - but then we have the issue of a Holy Year!!??