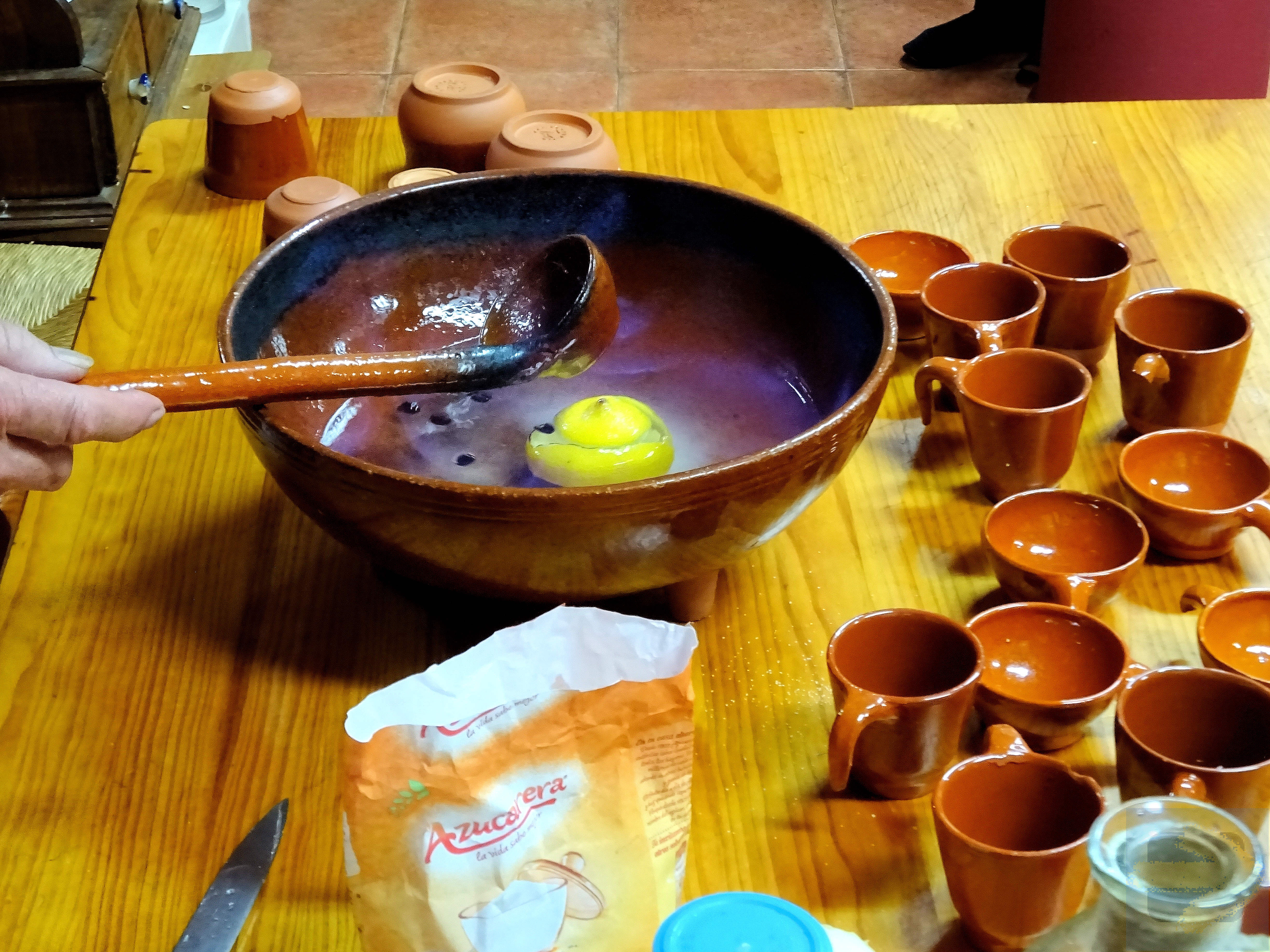 Queimada is an alcoholic beverage of Galician tradition.

Queimada is a punch made from Galician augardente (Orujo Gallego) -
a spirit distilled from wine and flavoured with special herbs or coffee,
plus sugar, lemon peel, coffee beans and cinnamon. It is traditionally
prepared in a hollow pumpkin.

Typically, while preparing the punch a spell or incantation is recited, so
that special powers are conferred to the queimada and those drinking it.
Then the queimada is set alight, and slowly burns as more brandy is added.

INCANTATION in English;
Owls, barn owls, toads and witches.Demons, goblins and devils,
spirits of the misty vales.Crows, salamanders and witches,
charms of the folk healer(ess).Rotten pierced canes,
home of worms and vermin.Wisps of the Holy Company,
evil eye, black witchcraft, scent of the dead, thunder and lightning.
Howl of the dog, omen of death, maws of the satyr and foot of
the rabbit. Sinful tongue of the bad woman married to an old man.
Satan and Beelzebub's Inferno, fire of the burning corpses,
mutilated bodies of the indecent ones, farts of the asses of
doom, bellow of the enraged sea.Useless belly of the unmarried
woman, speech of the cats in heat, dirty turf of the wicked born
goat.With this bellows I will pump the flames of this fire which looks
like that from Hell, and witches will flee, straddling their brooms,
going to bathe in the beach of the thick sands. Hear! Hear the roars
of those that cannot stop burning in the firewater, becoming so purified.
And when this beverage goes down our throats,we will get free of
the evil of our soul and of any charm. Forces of air, earth, sea and
fire, to you I make this call: if it's true that you have more power
than people,here and now, make the spirits of the friends who are
outside, take part with us in this Queimada.
http://www.edithajdu.hu/?p=2301