No permission to buy ($9.00)
Overview History Discussion
Leave a rating
In December 1494, the German traveller Hieronymus Münzer began his pilgrimage to Santiago de Compostela on the Portuguese Camino. One hundred years later, the Italian priest Giovanni Battista Confalonieri followed his footsteps, arriving in Santiago on May 4th. In 1670, another Italian - the priest Domenico Laffi - completed his pilgrimage on the 30th of June, after walking all the way from Bologna Italy on the French Camino.

These are their accounts

Three Journeys to Santiago de Compostela includes the translations with commentaries of the journeys of these three pilgrims on the Portuguese Camino and the French Camino. These commentaries have not only been thoroughly researched, with the aim of offering more insight and understanding to the text, but are also accompanied with personal insights.

As I work and regularly walk both the Portuguese and French Caminos every year, I am able to enrich these commentaries with current observations of the places they visited. Three Journeys to Santiago de Compostela only includes the sections that describe their journeys on the French or Portuguese Caminos. This means that, in the case of Müller, only the accounts of his journey through the Iberian Peninsula that coincide with the historic Portuguese and French Caminos have been included. 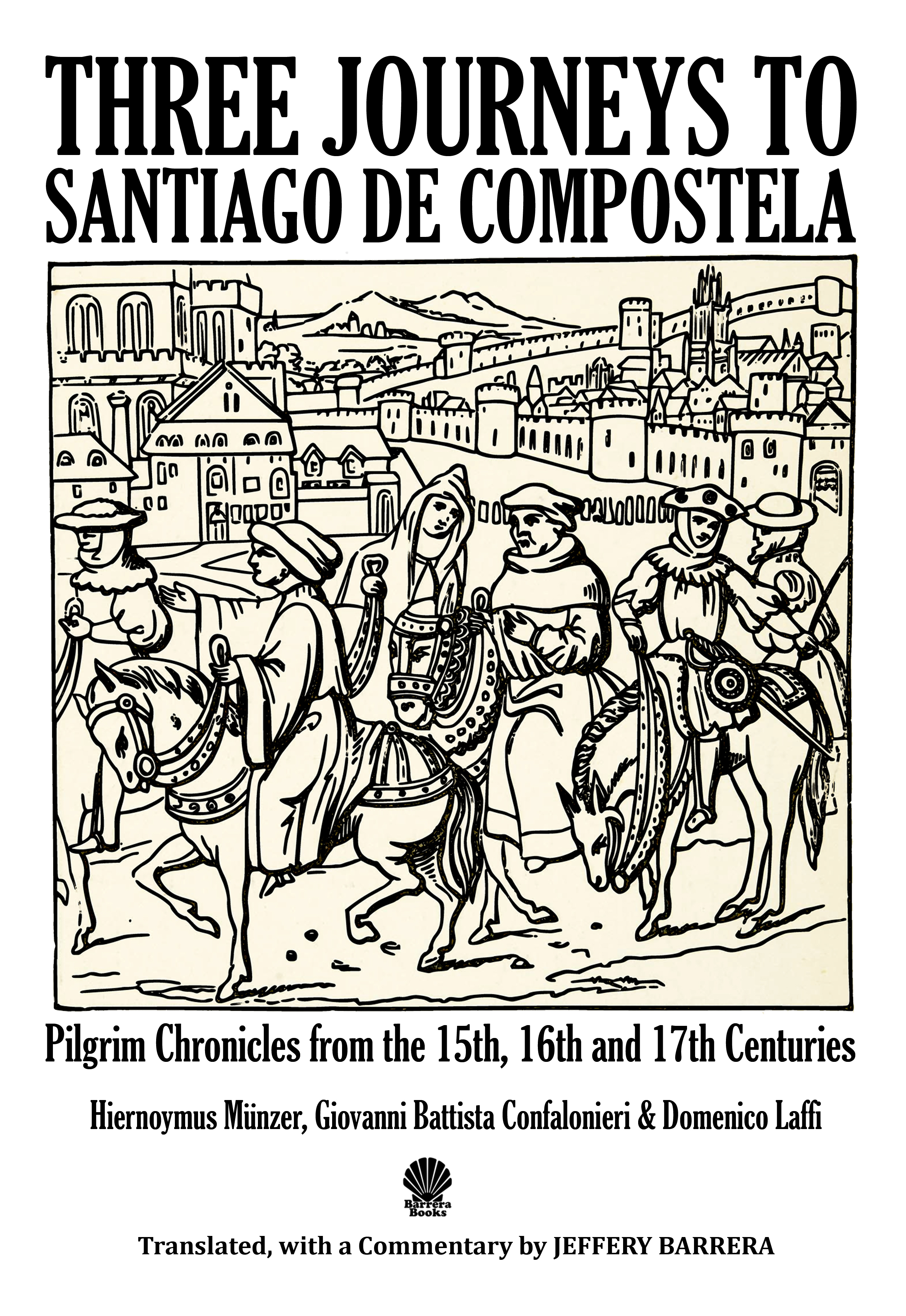