Spanish for the Camino
Enhance your Camino experience by learning about the Spanish language and culture.

Staff member
Donating Member
It seems that covid may have spurred enough of a reverse migration from city to village to save some of these beautiful spots that were on the brink of disappearing. With so much remote working going on, these kind of life changes seem much more possible and likely. 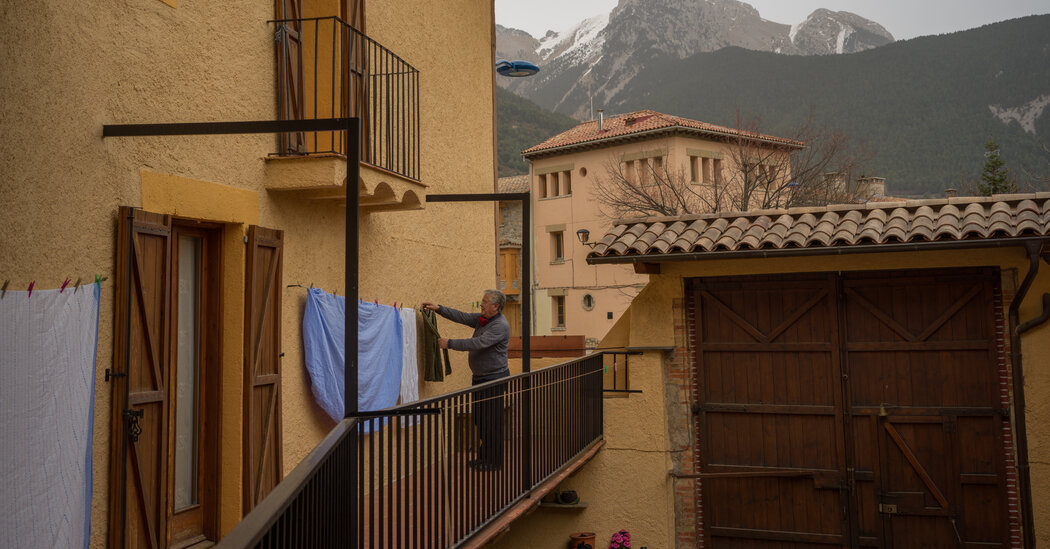 this is cool, i was a digital nomad before the pandemic. Now, i just stay home. If only I can work from Asturias or Cantabria or anywhere in Northern Spain

PS: same problem on my iPhone by the way. So I'm guessing it's the Server, maybe?

Lexicos said:
PS: same problem on my iPhone by the way. So I'm guessing it's the Server, maybe?
Click to expand...

It's because you need a paid subscription to the NYT to read more than a limited number of articles each month.

Donating Member
And a related story in the Guardian, for women interested in a career change along with a rural life 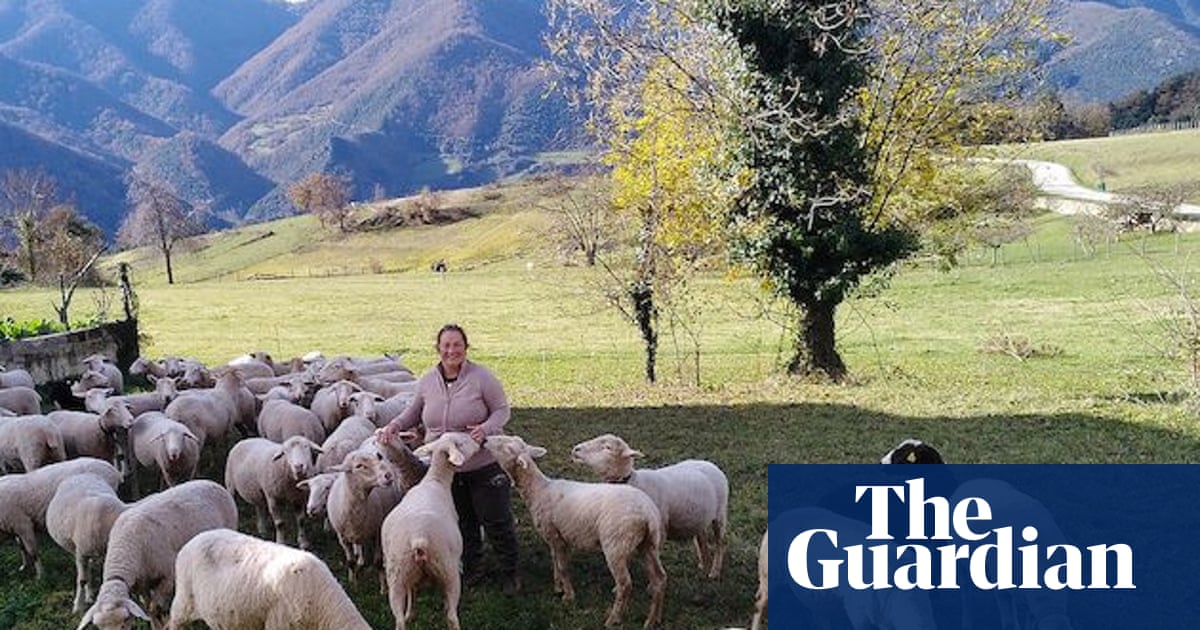 Theatregal said:
And a related story in the Guardian, for women interested in a career change along with a rural life

This article was already mentioned earlier today in the thread "Is there a conversation in Spain about a tourist reset"?

For those without NYT access. Cut & paste of this article without pictures.

GÓSOL, Spain — The castle that crowns the hill above the village of Gósol used to be among the grandest along Spain’s border with France, with views of fertile farms and forests rich in timber that stretched up to the cloudy mountaintops.

But the castle is in ruins now, and until last year, Gósol had fallen on hard times, too. The town census had gone down in nearly every count since the 1960s. The school was on the verge of closing for lack of students. The mayor had even taken to television with a plea to his countrymen: Come to Gósol, he asked, or the town would disappear.

It took a pandemic for Spaniards to heed his call.

Among those who packed their bags was Gabriela Calvar, a 37-year-old who once owned a bar in a beach town near Barcelona, but watched it go under during last year’s lockdowns and decamped to the town in the mountains for a new start.

María Otero, a web designer who found she could telecommute, brought her husband and three children to Gósol, the place where her grandparents had been born, but where she had only spent the summers milking cows on visits.

It was the rare silver lining of a troubled time: About 20 or 30 newcomers to a dwindling town of 140 souls, where even the tiny school on the town plaza got a second chance after parents started enrolling their children there.

“If it weren’t for Covid, the school would have closed,” said Josep Tomás Puig, 67, a retired mail carrier in Gósol who spent his life watching the younger generation depart to Spain’s cities. “And if the school closed, the town might as well have closed too.”

Elderly pensioners wander empty streets with few shops and no schools. In 2005, a British man bought an entire village in the region of Galicia — one of an estimated 3,000 that are abandoned there — for 45,000 euros, less than $55,000. This year, a local political party that’s made advocating the oft-forgotten province of Teruel its sole aim won seats in Spain’s national legislature. It’s name: Teruel Exists.

Yet tiny Gósol had fared better than many others, residents say.

It sits in the wealthy autonomous region of Catalonia, in a majestic valley in the Pyrenees Mountains that brought tourists and part-time residents in the summer months. Among the notable tenants was Pablo Picasso, who arrived in 1906 when the population stood at about 745 residents. The artist painted much of his famed “Rose Period” work in Gósol, riding the wave of what he called an “epiphany of inspiration.”

But the epiphany wasn’t enough to keep him there — he left Gósol before the end of the year, and so did many others in the decades since.

Rafael López, a former renewable energy entrepreneur whose business collapsed in Spain’s 2008 financial crisis, was interested. “My mom said she saw this on TV,” said Mr. López. “And I said, ‘Well, what do you say if we take the car and go have a look, see what’s there?’”

Over the next months, hundreds of people came to Gósol to kick the tires. They said they were impressed by the quaint homes and the ruined castle atop the hill. There was the cool mountain breeze and the tinkling of cow bells heard over the hillsides.

In the end though, only Mr. López and two other families actually moved to Gósol in the years before the pandemic.

Mr. López, who said he was attracted to the isolated village in part because he “doesn’t really like people,” said the new life also came with its downsides. The town fiestas can get loud, he said. Last year, a winter storm left the town without electricity — and many with no heat — for two days. The two other families that volunteered to move with him eventually left.

As the coronavirus began to spread last year, Spain entered another economic crisis, this one on a scale even greater than the collapse that had brought Mr. López in 2008.

In Castelldefels, a seaside town southwest of Barcelona, life was starting to look upside-down for Ms. Calvar, the bar owner who came to Gósol in September. Spain’s lockdowns had decimated her pub. And after flights were canceled, her side-hustle as a flight attendant at a low-cost Spanish airline brought no reprieve.

The path seemed clear when, passing through Gósol one day, Ms. Calvar learned that the owner of the grocery store on the plaza was at looking to sell the business.

Ms. Calvar’s arrival heralded big news for the village: The 90-year-old owner was at last able to retire; the grocery store, one of only two in town, stayed in business; and Ms. Calvar enrolled her two sons in the school, which now has 16 students.

The schoolhouse sits along the plaza, a place of kid-sized chairs and tables, paper planets hanging from the ceiling and an incubator warming eggs. The two teachers sat inside the school on a recent day on lunch break. While the adult arrivals seemed to be starting fresh in Gósol, they said, the children seemed to be a bit haunted by the life they left behind.

“There’s a girl, there are two or three of them, who have become so closed, it’s hard for them to relate to others,” said Carla Pautas, the head teacher.

“It’s like they’ve become used to months being alone in the lockdown,” replied Anna Boixader, the other teacher.

There was a note of regret in her voice when she thought about the end of the pandemic, and the pressure that she knew would inevitably build to return to Barcelona. She didn’t want Gósol to disappear yet, she said.

Mr. Puig, the former mail carrier, was asking himself similar questions about how long the new arrivals would stay. So many had come and left over the years.

But he was sanguine. In his years delivering the mail, he says he got a sense of the place and had spoken to just about everyone in Gósol; retirement has allowed him to become philosophical about the fate of the village.

“When I was 10 years old, here in the plaza, when people started to sell their houses in the ’60s, everyone was going to Barcelona,” he recalled. “And people said, ‘If you stay here, who knows what you’ll do, before long there will be squirrels and foxes running around here.’”

He gestured to the street. Not a fox in sight.

Kiernan said:
D'OH!!! I was very interested, because I know (and love) the area, but...
"You’ve reached your limit of free articles".
(I'll try next month...)

Clear your cookies or browse this site in Incognito mode

peregrina2000 said:
It seems that covid may have spurred enough of a reverse migration from city to village to save some of these beautiful spots that were on the brink of disappearing. With so much remote working going on, these kind of life changes seem much more possible and likely.

People working from home are paying attention to their home space. Redecorating, extending, growing gardens or moving to bigger places with room for kids in remote suburbs that were traditionally spurned because of long commute times. The downside for cities is strengthened as they further depopulate with people moving out of small city apartments.

The economy is booming as a result and it is impossible to find a builder or decorator. There are pockets of downturns mostly in the city centres and amongst the hospitality industry.

ANZ invested in national fibre optic cable some years ago that reaches 83% of the population now and is being rapidly extended and is predicted to reach 87% by next year. This supports the move to remote working.
Last edited: Mar 10, 2021

Here's an article that suggests we might not bother to resume certain activities.

One of our daughters is thinking about moving to a less expensive town, since she and her partner expect to be working remotely indefinitely.

trecile said:
It's because you need a paid subscription to the NYT to read more than a limited number of articles each month.
Click to expand...

I subscribe to the NYT and Washington Post. It's my way of supporting the free press. I think of it as a kind of "donativo," but actually better than the usual donations as I get a good product back. Buen Camino. J
COVID Simulation inside a plane with Covid

T
covid (actually a question about the VdlP)