An evocative short film from BBC

Here is an evocative short film about a tiny Knights Templar church, Santa Maria do Olival, just outside Tomar. 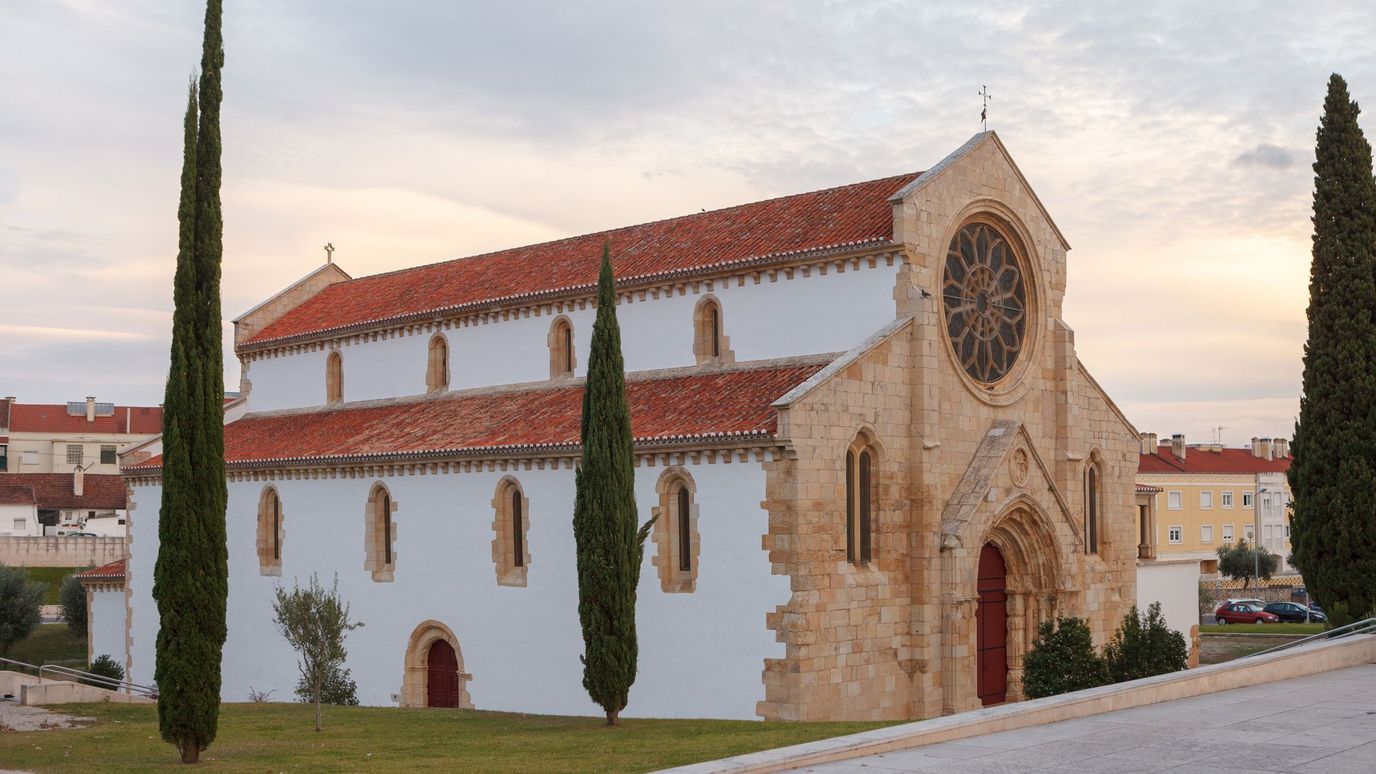 Was this tiny church the 'Vatican' of the Templars? - BBC Reel

Just outside the city walls of Tomar, the last Portugese town to be commissioned for construction by the Knights Templar, lies a small church with a suprisingly important connection to this once mysterious and secretive religious organisation. Video by Izabela Cardoso & Fernando Teixeira

Thank you @mspath. Time to read and learn more about this wonderful church!

Thanks my amiga. Another reason to return to Portugal to walk the Porto and see the history. Cheers

It's beautiful. Thank you, Margaret.
It left many questions, especially what happend in Tomar on Friday 13 October 1307.
So I went looking, and it turned out to be a dofferent ending in Portufal. Wikipedia (for what it is worth) tells me this:

Thank you mspath.
Seeing this film brought back many memories of our own visit there in 2016 while walking the Camino Portuguese from Lisbon. We visited the Church when it was open in the afternoon of our rest day in Tomar. We were very fortunate to meet Dulce when she opened the Church. She then gave us a personalised guided tour, which was very informative and detailed. The Church is brimming with Templar history and symbols. Here are a few of the photos we took.

Engraving of templar symbol in the floor.

Engraving of The Holy Grail on the floor under a pew.

Camino(s) past & future
Hope so!

I adored Tomar!! But never got to the East Bank of Nabao. Spent lots of time in the Castle and the ancient Synagogue. Fascinating period of history. I guess I will need to get back to catch what I missed. Hostel 2300 was wonderful as well.

Anne&Pat said:
Thank you mspath.
Seeing this film brought back many memories of our own visit there in 2016 while walking the Camino Portuguese from Lisbon. We visited the Church when it was open in the afternoon of our rest day in Tomar. We were very fortunate to meet Dulce when she opened the Church. She then gave us a personalised guided tour, which was very informative and detailed. The Church is brimming with Templar history and symbols.

I am so glad you were able to see the inside of this beautiful church. I visited in 2016 as well however not on a Camino - I was on an overnight visit to Tomar and on a morning run and saw this beautiful church and knew it was special. I just did not know its amazing history and importance to the Knights Templar. Here is my picture from my run.

As to the IMO silly headline of the article, the most important church of the Templars was of course the Temple itself, in Paris.

Destroyed centuries ago, so it's a bit hard to make video documentaries about it.

I found this most interesting, but the video that follows this one, has an incredible story as well'

Very, very cool! Thank you so much. Hope to do a "tourist" visit to explore Templar history starting with Tomar-did hit the chapel on my way from Lisbon to Santiago. Looking forward to going back to spend more time.

This is certainly an evocative and fascinating short film. What a beautiful Church and super interesting interview.
After watching it, I investigated a little history about Saint Iria de Tomar and her story, to some extent reminded me of encountering Sainte Foy in Conques last year on the Via Podiensis.
I am especially grateful to you for sharing this because I am working on/shaping a Masters Thesis (sociocultural anthropology) loosely around encounters with the Sacred Feminine on the Camino de Santiago. That's not to say I see Sacred Feminine as a sole preserve of former/current Templars but I am interested in their associations with it, together with others I have researched, and those I will hopefully establish when I come over for fieldwork sometime next year. Another evocative BBC short film with a Templar focus

Ancient churches on the San Salvador, Primitivo, and Via de la Plata

Invierno Planning for 2020? Here is a Collection of Threads from 2019