Staff member
Donating Member
I am up in Lugo country this weekend and saw this in the local paper ( El Progreso) .

It seems there are new Camino popping up all over.. attaching the news paper article. Click image to make it larger.

Past OR future Camino
Mozárabe 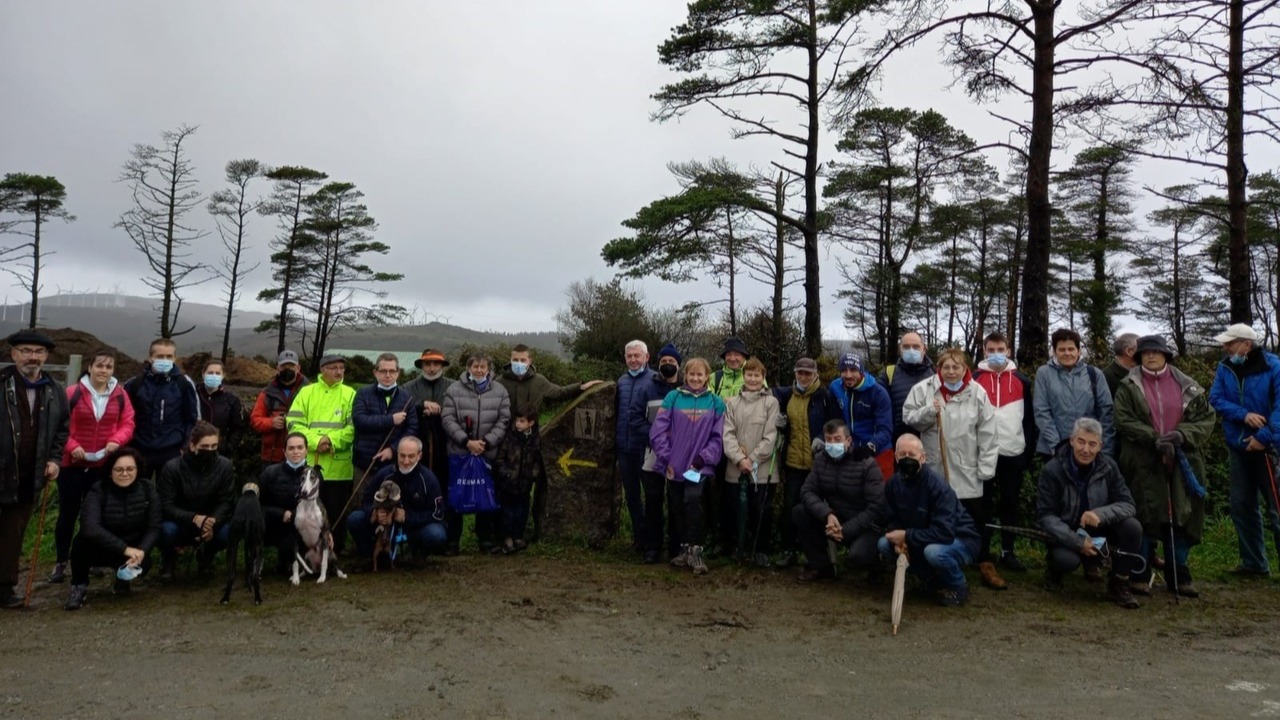 Staff member
Donating Member
Ha, when I saw the title of the thread, I thought I was going to have to go in and edit the title to say Camino del Norte. But then I saw who posted it and figured you of all people would know what you were talking about.

Then I tried to find out something about the route and all I came up with was an ad for a Spanish gin selling a camino edition. I did read that a guide has been published, though.

Oh no! As if distinguishing between para and por weren't bad enough now I've got to worry about using them together?

Here's the gist for those seeking a translation (a la Google)

Quick summary: seeking to establish Camino Nordés to connect Viveiro and Vilalba to the Camino Norte. This is not an ‘invented’ path, but a historic way. “…Manuel Requeijo explained that the walkers arrived by boat in Viveiro and from there passed through Ourol, Muras and Xermade until reaching Vilalba, using the Camino Real, to continue later to Santiago.”

-------------- Translated text:
The municipalities of Muras, Ourol, Vilalba, Viveiro and Xermade will make a common front to try to enhance and revitalize what is known as the Camino Nordés to Santiago de Compostela, a traditional route, coinciding with the old Camino Real that connects Viveiro and Vilalba , locality where it joins the Camino Norte until reaching the Galician capital.

The starting point of this common project was born from the commitment of the Camino Real association , led by Antonio Pereiras from Murés , who studied this route and published a guide on it, and which was soon joined by Roteiros da Carba .

Both organized a few weeks ago a route along the stretch between Abelleira, in Xermade, and Vilalba, and yesterday promoted the second stage, between A Xestosa (Muras) and Abelleira, in which they had the support of the municipalities through which the Camino Nordés passes. Thus, the mayors of Muras, Manuel Requeijo (accompanied by the deputy mayor, Mario Rouco ); Ourol, José Luis Pajón , and Xermade, Roberto García , took part in the start from the Calzada da Veiga Grande, in A Gañidoira, where they placed a sign indicating where the route passes .

"We are talking about a meeting of all the mayors of the five municipalities to launch a project to make this official path, which is recognized by the Xunta and then condition and signal it," said Roberto Garcia, who stressed that they are trying to "recover something very old, not an invented path, it is recorded in history as a pilgrimage route. "

In this sense, Manuel Requeijo explained that the walkers arrived by boat in Viveiro and from there passed through Ourol, Muras and Xermade until reaching Vilalba, using the Camino Real , to continue later to Santiago.

"It seems to us that this type of initiative has a transversal character and serves to revitalize the areas through which they pass and to generate wealth. It is an element of revitalization, an economic stimulus and a tool to attract investments and projects . There are a thousand routes to get to Santiago and we want to value ours ", affirmed the regent murés.

Therefore, they take into account the "contributions" and will continue to "collaborate" with the two associations, with the idea of giving continuity to this project. Thus, the stage between Ourol and Muras will soon take place, in a day in which another act of enhancement will be carried out.