OBSOLETE COVID THREAD Designing a Camino for the COVID-19 World

RJM said:
That whole scenario mentioned would and could never happen, simply because few if any people are willing or able to follow rules and regulations like that. I mean c'mon...track my whereabouts? Two weeks in quarantine before I even start walking? LOL.
Like has been mentioned already, no vaccine=no Camino.
Reading between the lines of the some of the comments on this thread, I suspect some forum members welcome a set of strict rules who can walk the Camino, and also the added expenses etc. I bet they see it as a way to filter out some of the riff-raff, lol.
Click to expand...

How about participating in the discussion without the LOLz and dismissive tone? We can all put our ideas and critiques forward without mocking those of others or denigrating the people who express them.

I consider it pretty toxic to cast aspersions about the motivations of posters that you disagree with you in an ideation / design / brainstorm type discussion, But let me answer your suspicions - With my employment situation today and the quarantine arrangements in my country of residence, international travel is unimaginable for me right now. I am not expressing my dream of a Camino that is less accessible. The ideas that I expressed do not favor me at all.

Bear in mind that a plurality of pilgrims are Spanish citizens who reside in Spain. It is not inconceivable that domestic travel across regions in Spain will soon be possible, while a quarantine applies to international arrivals. In such a world, residents in Spain would greater freedom to travel. That could bring back a chunk of the previously "addressable market," to the camino economy; a chunk that could equal total levels of participation in the not-so-distant past... But it would exclude me.

Is it possible that you find this thought uncomfortable because it would exclude you? I would not be so crass as to make such an assertion. I have zero interest in dragging this interesting topic into the gutter where we just exchange ad hominem attacks.
Last edited by a moderator: May 3, 2020

A vaccine is not the only possibility to "solve" the corona problem. A test that is good enough would solve a large part of the problem as well.
This test should show the corona infection before the person is infectious: 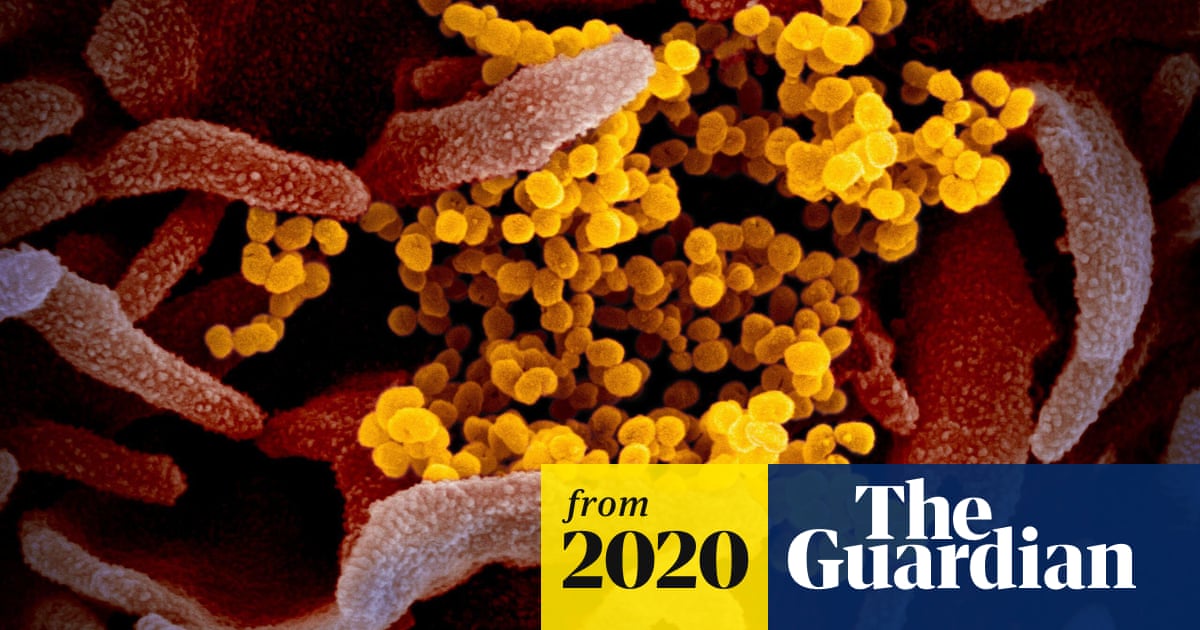 Exclusive: test has potential to identify carriers before they become infectious

Of course the test is in early test phase and you cannot know if it will work.
D

martin1ws said:
A vaccine is not the only possibility to "solve" the corona problem. A test that is good enough would solve a large part of the problem as well.
This test should show the corona infection before the person is infectious:

Exclusive: test has potential to identify carriers before they become infectious

Of course the test is in early test phase and you cannot know if it will work.
Click to expand...

If such a test (i.e. able to accurately detect infection within a day or two after infection) is successful, then the required quarantine period could be reduced from weeks to days ... and we would need to get used to giving blood samples when traveling.
Last edited by a moderator: May 3, 2020

Past OR future Camino
Frances 2022

I think with the facts as they are today, the earliest time to reasonably plan a Camino, the time that it will be safe enough to walk, would be 2022 or 2023.

That’s the soonest time a vaccine could be generally distributed to the wider population, or failing that, the disease will have washed over the whole world by then with it’s attendant tragedy.
Z

Past OR future Camino
Soon

The Portuguese Prime Minister met with hotel chains, which foresee on the holidays of June (week 7 to 14 June) the possibility of carrying out some "experimental openings" and must adapt until then to obtain the seal of "Hotel Covid Free ".

Zac123 said:
The Portuguese Prime Minister met with hotel chains, which foresee on the holidays of June (week 7 to 14 June) the possibility of carrying out some "experimental openings" and must adapt until then to obtain the seal of "Hotel Covid Free ".
Click to expand...

Check out the discussion between Ivar and Alex, which has some good insights into the decisions and challenges that hotels and other businesses are facing in relation to reopening:

Hot off the press - some text and more explanations in the video (all in Spanish). Sounds like the Spanish municipalities of the Camino Frances are remodelling the post-Covid-19 Camino without our input. 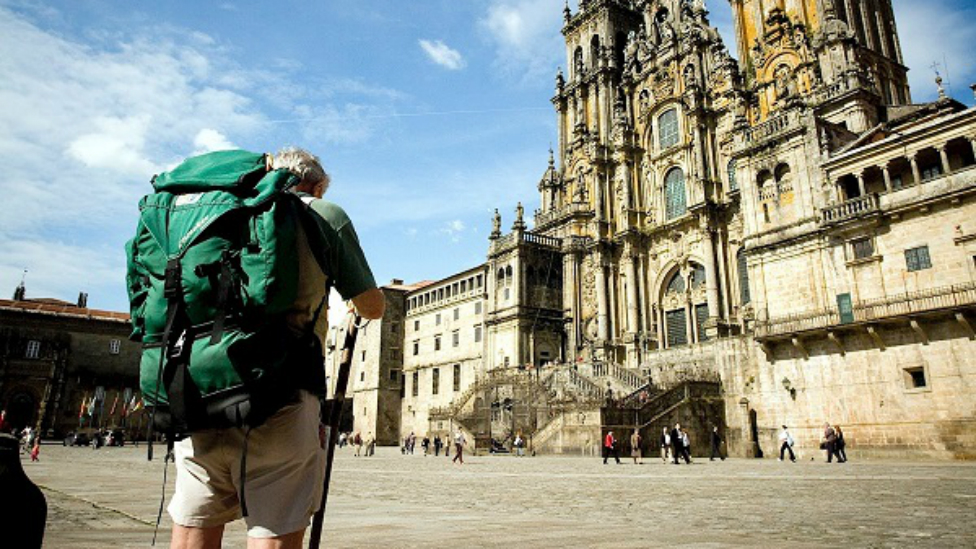 Past OR future Camino
PAST - Francés, Norte, Salvador, Portuguese

Kathar1na said:
Hot off the press - some text and more explanations in the video (all in Spanish). Sounds like the Spanish municipalities of the Camino Frances are remodelling the post-Covid-19 Camino without our input.

Sounds like how my government manages to operate without the input of my friends and me. We often solve all the world's problems over coffee.

Staff member
Donating Member
I think it is way too early to know what we will know about the virus by the time that the relevant organizations and governments decide to “reopen” the camino. Undoubtedly the latest scientific knowledge at that time will dictate how and under what circumstances things will operate, particularly restaurants and albergues!

Some of the information in the link below allows for some fascinating inferences about transmission. We can only expect that kind of understanding to become clearer as time goes on. The author may not be preeminent but I’ve been told he has a very reputable pedigree and does real science.

Look particularly at the tracing of the spread in the workplace and restaurant cases. 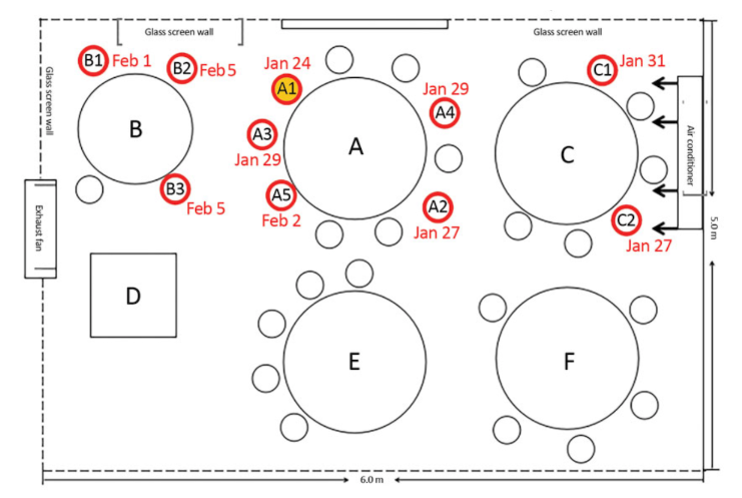 The Risks - Know Them - Avoid Them

Please read this link to learn about the author and background to these posts. It seems many people are breathing some relief, and I’m not sure why. An epidemic curve has a relatively predictable upslope and once the peak is reached, the back slope can also be predicted. We have robust data from...

(And I have to add, reading this article makes me a lot more likely to resume my trips to the grocery store without anxiety!)
M

Lirsy said:
From my point of view there are two main issues:
For the first one there are already some proposals on the table. The local government of the Canary Islands has proposed that tourists be allowed as long as they have a certificate stating that they are coronavid free. It is only a proposal, it has not yet been agreed with the central government, it lacks details, etc. But I think in the end it will be something similar to this ... It can be an entry tax to cover the insurance for treatment if necessary, it can be a compulsory health insurance. it could be ..... but something similar to that. You can be sure that being Spain a country with 85 million tourists per year, each administration is working hard to make tourism and the safety of the population compatible.

For the second problem, the albergues, I spoke with two albergue managers today. They have a general idea that the albergues may reopen in August or September. Under what conditions? They are working on it. It is a difficult problem. Most albergues can barely survive from the financial point of view. Reducing the number of pilgrims per albergue and forcing them to install some security measures will force many of them to close. I really think that many of them closing is inevitable.

Anyhow, I am quite convinced that the Camino will reopen in the third / fourth quarter of this year, but it will be heavily damaged and it will take several years to return to the precoronavid state.
.
Anyhow, I am a crazy optimist and I keep planning my next Camino. Hopefully, I will make two Caminos this year, one once the Camino reopens and the other arriving in Santiago on December 30 for the opening of the Holy Year. Don' tell me I am crazy ... I already know that!!!

The Greek government is planning the same thing with certificates. They have said you will have to be tested in the 72 hours prior to your flight to have a valid certificate. OBSOLETE COVID THREAD Renewing the Call in a Covid World