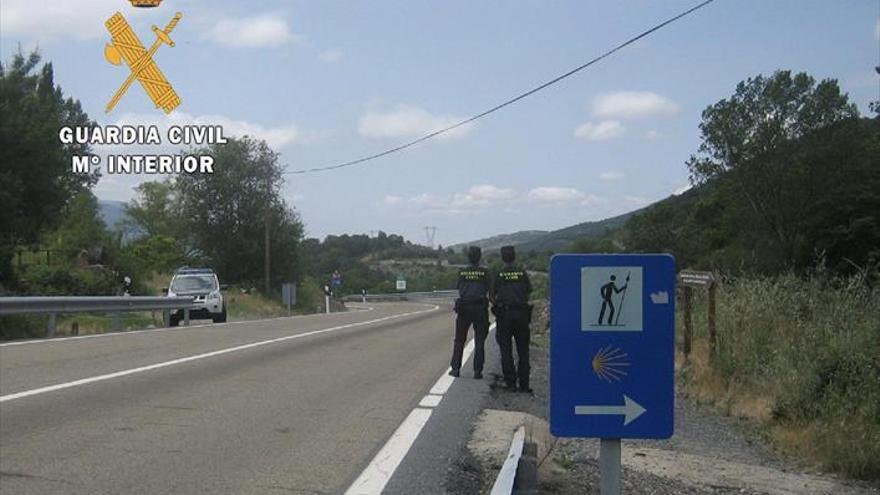 Identified the man who approached the pilgrim women
He talked to them and masturbated in front of them until he fled the place. He is 54 years old and is from Plasencia, as confirmed by the Civil Guard

Agents of the Civil Guard monitored the area where the events took place in Baños de Montemayor. - CIVIL GUARD

The Civil Guard, as stated in his report, has evidence of at least four events in the same area and always foreign women who reported what happened in subsequent days in different police units that were along their itinerary .

generated alarm / In addition, these events came to generate some alarm among the pilgrims who make the way, even to translate it into a forum of the social network Facebook that deals with the dangerous points existing along the different routes of the Camino de Santiago , as confirmed by the Civil Guard.

Faced with this situation, the Civil Guard established various surveillance devices, for several days, for the place where the events were taking place and which culminated last Sunday with the full identification of its author. The man was located in the same area transporting in his vehicle the clothing used to hide his face in the attacks, recognizing police participation in all known cases and claiming to have intervened in others that had not come to know police

Although, the facts, in principle do not constitute a criminal offense by not having taken place in the presence of minors, if they can be considered violations of the Organic Law of Citizen Security, realizing this to the corresponding authority, as confirmed from the Civil Guard.

This is the first time something like this has happened in the town, in the area of the Camino de la Plata that joins the Camino de Santiago that is so visited and used by pilgrims who make their way to Santiago de Compostela.

And it is that the passage through Baños de Montemayor is the passage through the boundary between the provinces of Cáceres and Salamanca. There are only two kilometers from the center of the town until it passes to the province of Salamanca and this road is made along the stretch of the Roman road that emerges at the exit of the municipality and was restored in the 70s. On this ascent to avoid the asphalt, the pilgrims will find a stone fountain that has the inscription Cañada Real Aliste Zamorana or de la Plata.
Last edited: Jun 19, 2019 The group of albergues thieves has been arrested by the Guardia Civil.

Safety on the Camino

Safety for women on the Camino