Is there a pack transfer on the Catalan or out of Barcelona that anyone has used?

Hello has anyone used a baggage service on the Catalan or from Barcelona? My father and I will be walking from Barcelona in 3 weeks and he is adamant about carrying his pack but I am just planning and looking at possible options if any?

Thank you so much for any information and buen camino!

According to the Correos site, they do not provide backpack transport on this route.

trecile said:
According to the Correos site, they do not provide backpack transport on this route.
Click to expand...

However, one can ship a parcel from a post office in one town and pick it up in another town. This might not work as day-to-day backpack transfer, but it could be helpful in some situations.

Brent Macdonald said:
Hello has anyone used a baggage service on the Catalan or from Barcelona? My father and I will be walking from Barcelona in 3 weeks and he is adamant about carrying his pack but I am just planning and looking at possible options if any?

Thank you so much for any information and buen camino!
Click to expand...

Brent, as you can see from the Cami Catalan/Cami St Jaume section of the forum - here - this is not such a well travelled route so unlikely. There is a current Virtual/Planning thread that may be useful but be careful of the old threads at the top of the forum. Check the date of the posts before relying on them.

Here's a post from Correos, with general information. They don't do pack transfers on these routes, but the article gives nice background. 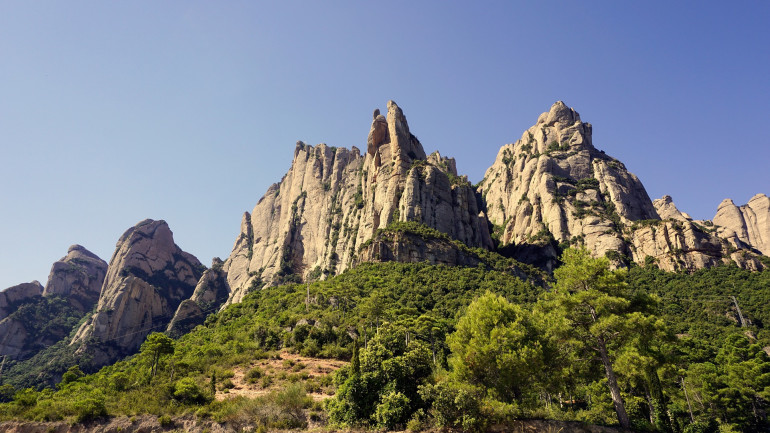 Perhaps the various amigos would be able to give you ideas if you ask them directly:

VNwalking said:
Perhaps the various amigos would be able to give you ideas if you ask them directly:
Click to expand...

That is an excellent idea, VN. I have told this story elsewhere, but I remember contacting the Cervera amigos with a question about something or another, and several weeks later on the day into Montserrat I ran into a big group of their members doing a weekend section of the walk. They were so friendly and insisted I stay with them, fed me, took me to the special little chapel in Montserrat for their private pilgrims blessing. And then several days later, after I had started walking with LT, we ran into a member in Cervera and spent some nice time with her.

That’s my longwinded way of saying that contacting the amigos directly is probably the best way to make “on the ground” contact with people who are likely to be interested in helping you.

I walked the Catalan in 2019 and I don't recall seeing any flyers/advertising posted in the albergues.

My first time on the Cami (was it 2007??) I ran into two Austrian priests who would make arrangements at each stop, usually through their innkeeper or the barkeep. Sometimes a taxi would take it to the next pueblo for a nominal fee of 5 euro as they were often taking people to medical appointments or on other errands, so it would just be a nice topping to the day for them. At other times, they would charge the taxi rates and the amount at that time could be up to 16 euro for some stages. I am certain that it would be higher now. There are some local bus companies who might be helpful, but Laurie's advice to check out the local amics is a really good one. People on this camino are very warm and helpful. There is a nice view from there...

How to transport backpacks