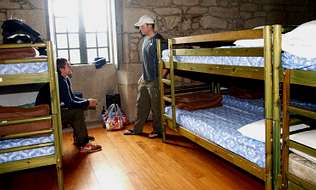 La Voz de Galicia has a story today that include some pilgrim statistics from the albergue in Padron. new albergues of interest to pilgrims on Ruta do Mar (Ribadeo)

The future of Camino Hospitality
2