Ojo Güareña on the Camino Olvidado

Staff member
Donating Member
I’ve been doing some poking around the internet in preparation for another Zoom meeting on the Olvidado. I should stop, because I have been finding some amazing sites that are not on camino, just a stone’s throw away. But I was totally oblivious when I walked. Here’s one of the most amazing.

One of the early days on the Olvidado takes you through a place called Ojo Güareña, which is a natural monument. It consists of a huge complex of tunnels and passageways through what is described as a “karst complex” — as Wikipedia describes, those are tunnels carved out of soluble rocks by underground water. 90 kms of tunnels in this area, in fact. It is billed as the largest karst complex in the world no less! Archaeological research reveals that the caves were inhabited hundreds of thousands of years ago, dating back to middle Paleolithic times. Hard to get my brain around that.

The Camino takes you through the area, which is very pretty and forested, past some of the very interesting paleolithic graves, which are in the 30,000-50,000 year old range. But what it doesn’t do is take you to the Ermita de San Bernabé, which is a mere 2.5 km off the camino from the village of Quisicedo. It’s a 10-12 century ermita, adjacent to a huge cave that is also open for visits. Guided tour of the cave and ermita takes about 45 minutes, costs 4 €.

They are opening for visits again in June, schedule here.

If you have the time and the inclination, this would be a marvelous little detour!

Thanks for the research on this @peregrina2000! I am looking into walking the Olvidado sometime in the not to distant future.

Staff member
Donating Member
Here is an article with some gorgeous pictures to show you more about the Ojo Guareña. I think. I made a mistake by walking on by when I walked the Olvidado. 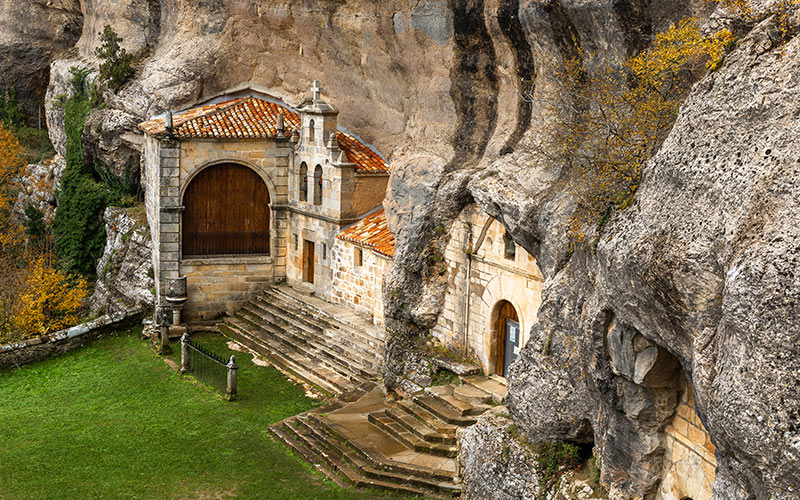 There are more than 100km of caves and galleries in a complex that dates back to Middle Palaeolithic to the Middle Age. C
A detour from Quisicedo that may be of your interest