Just in from a friend... 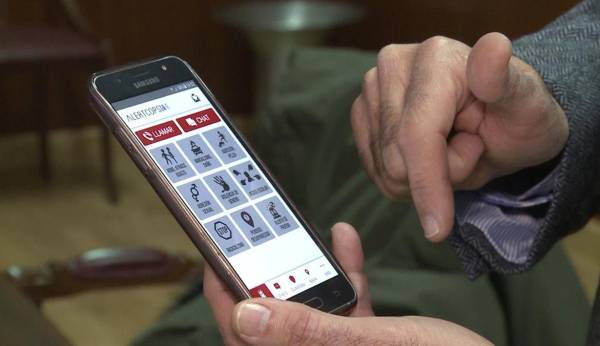 I translated the headline only.
Sounds like a good thing.
A great pity that it's needed at all, on any Camino route.

Lexicos said:
I translated the headline only.
Sounds like a good thing.
A great pity that it's needed at all, on any Camino route.
Click to expand...

PILGRIMAGE.The Civil Guard announced yesterday the introduction of an important improvement in the Guardian functionality in the Alertcops application, which will be extended from now on to all the Jacobean Routes that make up the Camino de Santiago nationwide. In this way, they explained to the existing ones, corresponding to the French and Mozarabic itineraries, the Galician and Northern Roads and also those of the Center-Vía de la Plata have now been incorporated, totaling almost 4,000 kilometers altogether. as reported by the Civil Guard through a statement. With this modification, the app of the Ministry of the Interior will thus offer comprehensive coverage that will cover the entire route of the Camino de Santiago in what corresponds to the territorial demarcation of the Civil Guard, thus allowing the pilgrim who wishes to (after downloading and activating the Guardian) access to the aforementioned functionality, which will provide services such as permanent attention 24 hours a day, seven days a week, which will be offered from operational service centers, verification of their last ten geopositioning in case of loss, as well as calls and alerts located in real time to 062, all in an environment that will be available in seven languages. Likewise, the armed institute explains, the pilgrims will receive a geopositioned message welcoming the Camino that will contain different safety tips when accessing the territorial demarcation of the Civil Guard that passes through the different itineraries of the Jacobean Route. By last,EP

Peter, you made it an easier read.

How does one activate the "Guardian"?

kay lee said:
How does one activate the "Guardian"?
Click to expand...

All you have to do is download the AlertCop app to your telephone and then follow the steps. I believe if your telephone plan does not allow you to make or receive calls within Spain it may not work. I am not sure of this. I always buy a plan from Orange that works great for me and is inexpensive. If you can not speak Spanish I know the instructions are in English and you would be connected to an English Speaking police officer. If they need to come to you for any reason you will need to have your telephone on they can track where you are.

Lexicos said:
I translated the headline only.
Sounds like a good thing.
A great pity that it's needed at all, on any Camino route.
Click to expand...

This app I believe is a must if you are walking. Remember it is not only in cases of people breaking the law, threatening you etc. it is in case you have injured yourself, or have a medical emergency, or you are lost and in a situation that you may deem as dangerous. Imagine taking the wrong route on one of the southern caminos in the summer and you are hopelessly lost and without water or shade. It definitely is a must especially for older pilgrims and women. Download it. It is easy to use. Buen Camino and stay safe.

Camino Chrissy said:
Just in from a friend...

Only good if you can read Spanish. Resources for the Mozárabe in the province of Córdoba

The group of albergues thieves has been arrested by the Guardia Civil.