Services between Zubiri to Zabaldika

This part of the camino seems to be Terra Rasa. Not only is it an accomodation bottleneck, but food can be a challenge, too, even in the high season:

kirkie said:
It has not been open since last Sunday. Nothing has been open from Zubiri as far as Zabaldika
Click to expand...

I was last through there in early March several years ago, and was struck by the lack of services in this part of the camino: there was nothing available to eat or drink in the entire stretch. I thought it was the early season, but it seems not.

With the ever-increasing numbers, and a holy year on the horizon, I'm surprised someone has not opened something.

Not entirely off topic, I had heard that The Abbey is up for sale. Is that true?

Edit: I went looking, and clearly it's hard going at The Abbey right now. They have a GoFundMe page, but it's not so active. People who have FB (I do not) might be able to give more info?: 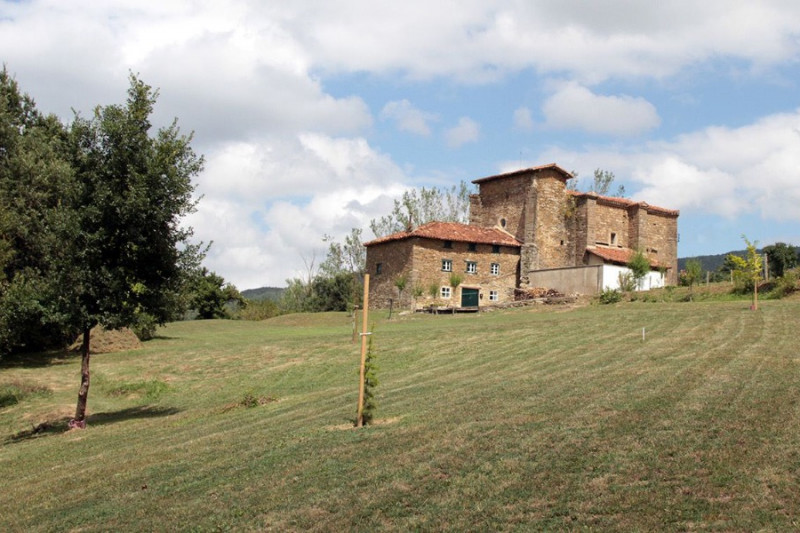 Click here to support Help Save The Abbey! organised by Neill Le Roux

We first saw this abandoned and derelict abbey whilst walking the Camino de Santiago in 2010. Situated directly on the Camino near Larrasoaña, our plan is to restore the buildings, form a foundation to protect the church and create a museum to display information about it's history and that...

There is a wandering path along the river from Zubiri to Zabaldica which is often used by fishermen as well as pilgrims. See more here--

biarritzdon said:
There is the cafe at the bridge across the stream just before Zabaldiki
Click to expand...

That's what's closed as per @kirkie's post in the quote above. Maybe temporarily. But still, it seems like services are thin on the ground in this part of the camino. Which is fine if you expect it and don't mind, but I'm guessing a lot of Francés pilgrims - especially first-timers - will be caught off-guard. As it seems from @kirkie 's post from Zabaldika today.

VNwalking said:
Not entirely off topic, I had heard that The Abbey is up for sale. Is that true?
Edit: I went looking, and clearly it's hard going at The Abbey right now. They have a GoFundMe page, but it's not so active. People who have FB (I do not) might be able to give more info?
Click to expand...

Since you asked: I don't have any first hand knowledge but it appears that there are two owners/managers and one of them put The Abbey and its lands up for sale, according to FB exchanges in May 2019 that even had a response from the other owner/manager ... the "for sale" announcement was posted to several Camino related FB groups. I don't know whether it was valid or is still valid. The purchase and renovation of this building seems to be a rather convoluted story ... here's a summary of earlier happier days: Volunteering, and a love story, at The Abbey/La Abadia on the Camino de Santiago
Last edited: Jul 29, 2019
You must log in or register to reply here.
Share:
Twitter Reddit Pinterest Tumblr WhatsApp Email Link
Advertisement
Booking.com