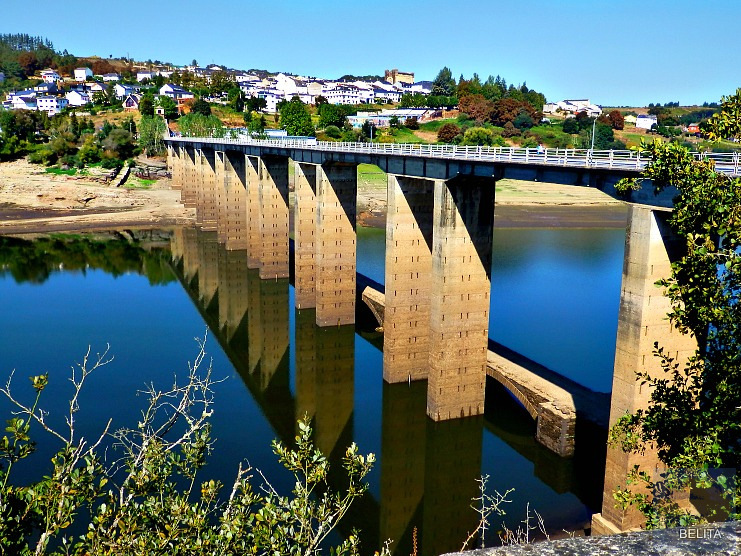 View of Portomarin from the other side of the bridge
Click to expand...
Reactions: Joe C, forwardwego, mr potatohead and 11 others
:

From the Wikipedia article https://en.wikipedia.org/w/index.php?title=Portomarín&oldid=712713762

The town of Portomarín was constructed and built next to a Roman bridge over the Minho River and rebuilt in the Middle Ages.

In the 1960s the Miño River was dammed to create the Belesar reservoir, putting the old village of Portomarín under water. The most historic buildings of the town were moved brick by brick and reconstructed in the new town, including its castle-style main church: Church of San Juan of Portomarín.

In the seasons when the dam is at low level, the remains of ancient buildings, the waterfront and the old bridge are still visible.
This is such a fine shot of that bridge. Great contrast between the bridge piles and the water.
Crossing this bridge scared the Dickens out of me! I was soooo happy when I came to the end of it...only to be confronted by the STAirS!! But the town is friendly and beautiful!
oh my...blue water, blue sky... great pix

Flash
Off, did not fire