Crossing the Pyrenees in 3 minutes

Route details below! This timelapse (hyperlapse) follows a path trodden by countless generations of pilgrims over the most northerly point of the Pyrenees mo...
Click to expand...
Reactions: JennyH94, MaryLynn, SeattleJen and 28 others
....so that's what it looked like. It rained moderately from SJPP to Orrison. From Orrison to Roncesvalle it poured down rain the entire time....but I'd do it again in a heartbeat - rain or not.
Totally against walking the Camino in 90mins with not even one coffee break .... how could they see anything, talk with fellow pilgrims even sleep in such a short pilgrimage ... ha ha
Very good video, really enjoyed it. My crossing on 9th Oct 2013 was misty, with 10m visibility at the top, so this video showing sunshine makes a pleasant change, and brings back all the memories of the first of many days.
What a terrific video! I almost had to pause it for a sec and take a motion sickness tablet though lol
Exquisite to watch, and wonderful music.
I walked this with my sister on May 1st 2014. It was very wet, muddy and I took a tumble and nearly fell into the ravine, at about the 2.20-2.25 mark. Two other pilgrims tried to grab me but the only thing that saved me was I was able to hook my arm around one of the tall waymarkers. Interestingly, word does travel along the camino. About three weeks later I was having dinner with a lady from Canada and she was telling me people told her about an Australian guy who nearly died crossing the Pyrenees on May 1st, but was only saved by hooking his arm around a waymarker. She was flabbergasted when I told her it was me.
Ours took place in July, perfect weather, 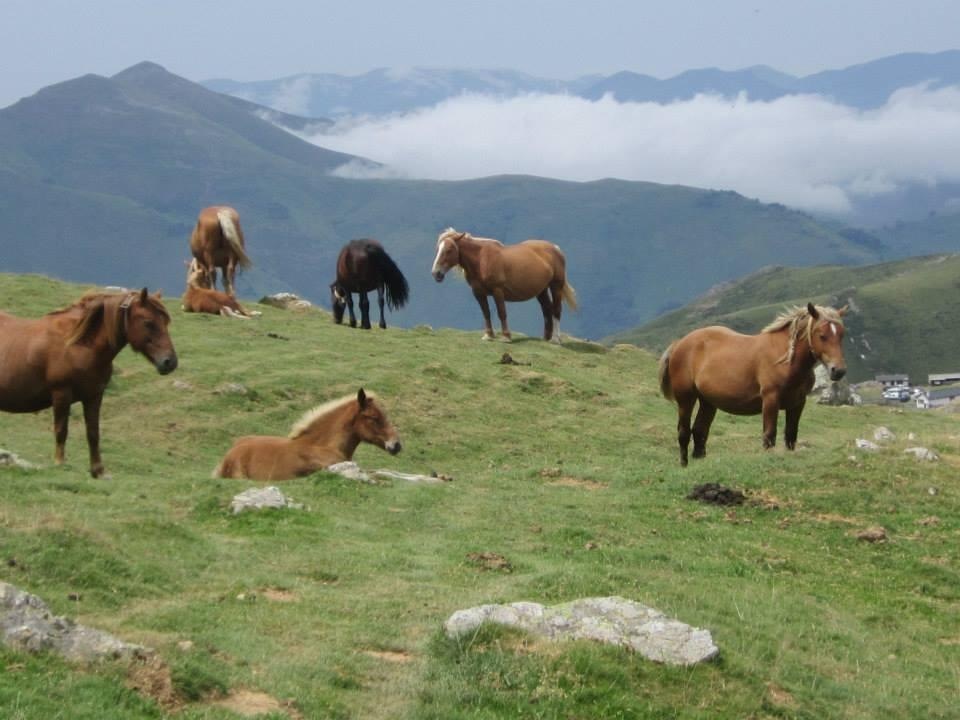 August 2013 they were there.
Missing it even more now after this fantastic reminder.
Hard to keep on a schedule when you cannot anticipate coming across a scene like the one we had the honor to add to our walk.
Ivar, I wish I could climb hills faster as these guys !