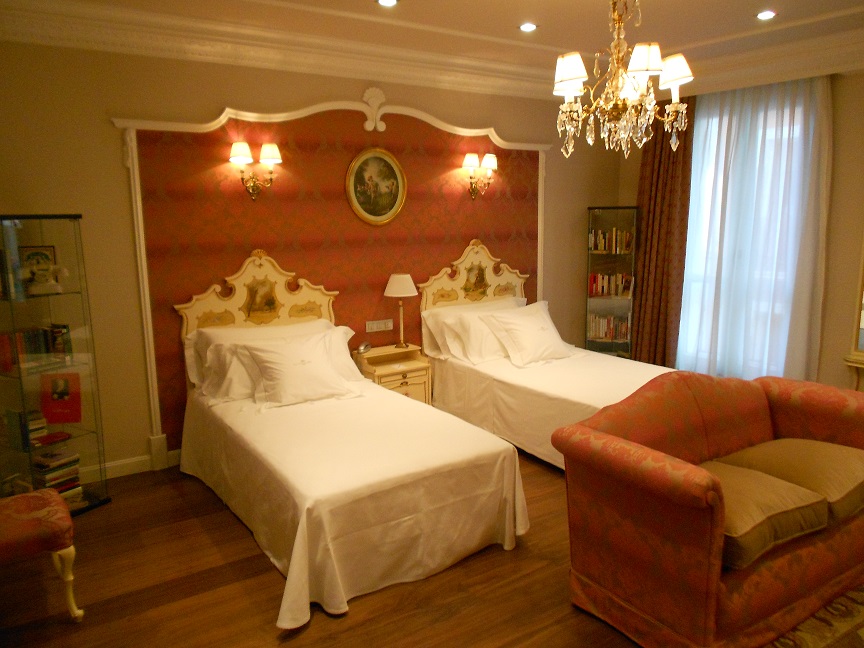 The bedroom of the author Ernest Hemingway at the Hotel La Perla in Pamplona, just above the path of the Camino and along the regular running of the Bulls.
Click to expand...
Reactions: sfdithomas, FamPed, yaying and 3 others
The Rio Irati (Irati River) that goes by Burguete used to be Hemingway's fishing hole, and unlike, many places making the claim, Burguete was in fact, Hemingway's frequent weekend getaway. There is a hostal on the Camino at Burguete that has pictures on the wall of his frequent stays. He even mentioned Burguete on his 1926 novel "The Sun also Rises" (Chapter 11).
I stayed at this Hostal with 2 German companions. very nice place.
Why don't algergues upgrade to this standard? I want it!!
@alexwalker because not all pilgrims are prepared to pay in excess of Euro 50-60-70 per night (or at least thats what I think this hotel charges). Cheers

Flash
Auto, did not fire