No graffiti on it (mojone) yet...but I do keep the back gate closed.

Like my first Camino, I did not WANT to to take time to make it but, somehow, circumstance dictated that I MUST.

And, like any Camino, it has imperfections...and they have grown on me to the point that I find them charming.
(YMMV)

Specifications were from @t2andreo resource here:

Exterior construction was 1.5 inch foamboard panel insulation. In-fill was expanding urethane foam, applied slowly over several days. I had the distance plaque made locally. The tile is from the Forum shop here: 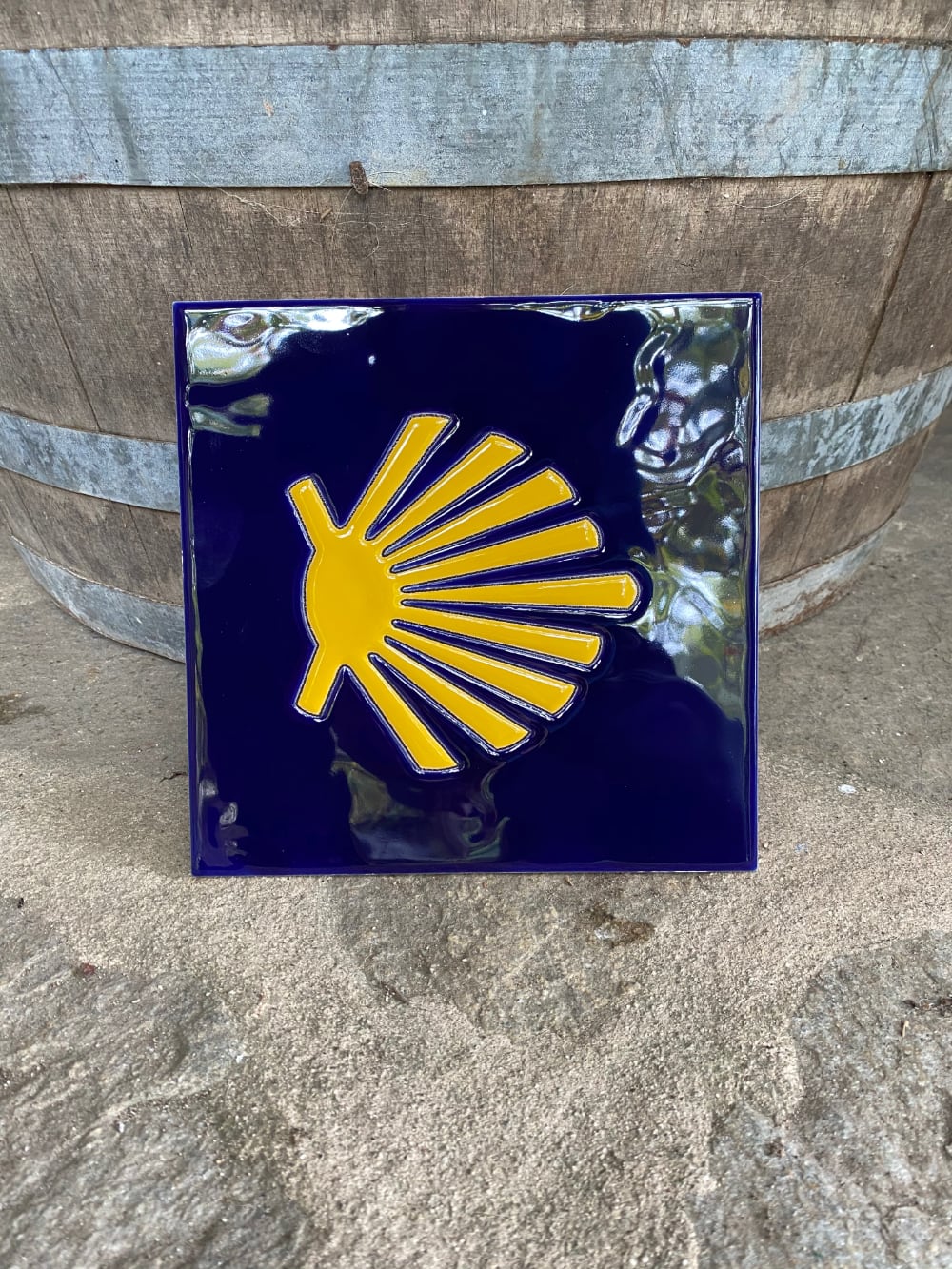 Camino tile with the classic Camino Shell symbol. These tiles are hand made in Sevilla. Size: 20cm by 20cm

Nice one! I hope that brass plate is well glued on. And of course pilgrims who have perigrinated only in Galicia may query the direction of your shell...

peregrino_tom said:
Nice one! I hope that brass plate is well glued on. And of course pilgrims who have perigrinated only in Galicia may query the direction of your shell...
Click to expand...

My apologies for the late reply but this has been the most challenging gardening season that I have experienced in almost 40 years. I am scrambling most days with watering, harvest, and putting up what bounty I can get.

And, yes, you are correct about those who have only walked in Galicia...like my dearest...who do not understand the convention (haphazardly followed, yes!) about the "umbo" of the stylized scallop aimed toward SdC. I brought out some old pictures to facilitate her understanding.

This particular effort, in retrospect, seems to have been directed toward achieving closure of grief over my late Camigo of walks in 2014 and 2017.

The waymarker is situated off the back of the house, ground-level porch where, no matter the season, that "safety yellow" will call me back into remembrance of good times and gratitude for them. (The ongoing state of the world requires that I shed "grouchiness" at least daily. )

I believe the distance plate is probably safe, but thank you for your concern!

And, Thank You all who approved of the effort! That is quite heartwarming. I was just trying to show a different way of using @t2andreo 's effort on specs to make one's own.

I have a burning desire to sneak in and put a couple pebbles on the top!

You better hope no-one nearby has a pair old old shoes or a sharpie.

May this keep the grouchiness at bay, @simply B.
Well done! .

I’m the big fella on the left.

Excellent! And thanks for the education, Geoff - - this is a material that is new to me. Graffiti on the Camino- this is how I handled it

I am leaving. Not Forum just yet, but Camino.
2